Outcome-based contracting is definitely a buzzword in the life sciences industry. Over the past few years, many companies have tried to implement such contracting strategies. Nevertheless, after years of efforts, and even if the benefits are widely recognized, the reality is that only a few contracts have materialized. When looking at the last years’ numbers, these are not so promising. 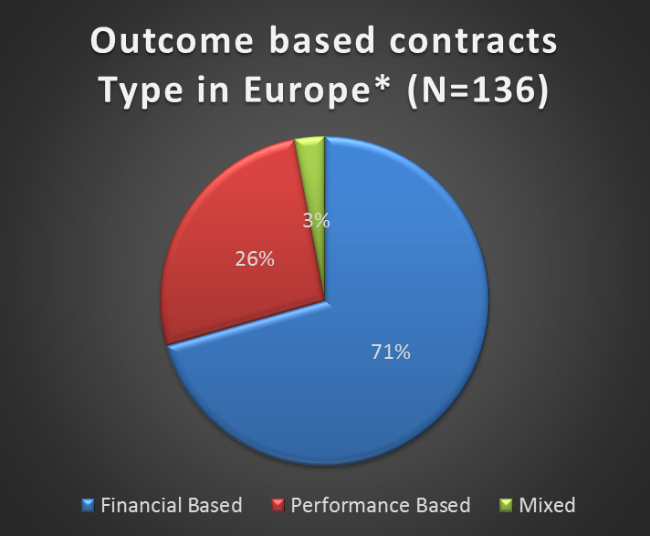 The overall number of agreements is not impressive, and in the end, financial based agreements remain the norm.

However, one interesting exception exists. Italy is one of the few countries that has largely implemented outcome-based contracts.

HighPoint has been investigating the subject to further understand the specific enablers. The purpose of this blog is to enumerate some initial findings on the topic and provide insights on how to improve the situation from a manufacturer’s standpoint.

Looking at the evolution of the number of agreements is a starting point for the analysis.

The striking point is evidently the uptake in the number of agreements in the last quarter of 2016. Something occurred in Italy that lead to a wider use of outcome-based contracting. By reviewing the legal framework, it turns out that a new regulation was adopted in 2015 that enforced the use of digital patient registries[1].

The Italian data allows us to formulate the following assumption: patient registries facilitate the adoption of outcome-based contracting. Without going into too much scientific and statistical analysis, looking at the correlation between the number of registries and agreements should validate or reject (from a conceptual perspective, at least) the assumption.

Initially looking at four countries within Europe, the findings are spectacular. The correlation between the two dimensions is very high as demonstrated by the following chart. 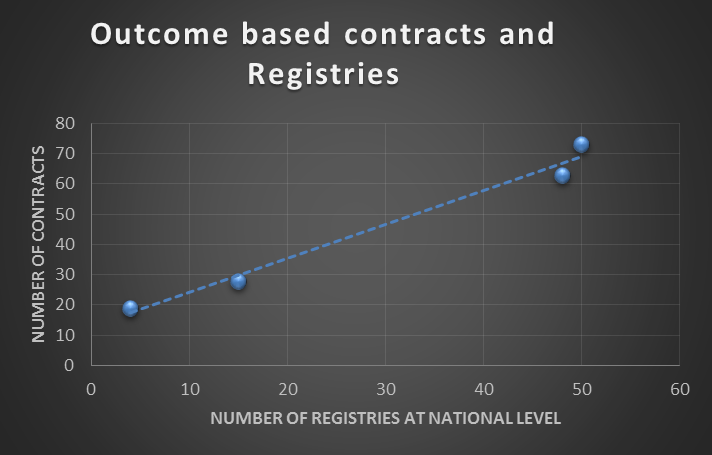 Of course, the limited amount of data analyzed is not proving the assumption but this conceptually validates the theory that registries facilitates the adoption of outcome-based agreement. Based on this, the action plan for manufacturers and payers is clear.

They both should work at increasing the number of registries, as well as the proportion of patients covered by registries. This will, hopefully, yield to increased use of outcome-based agreements, and deliver the promise of paying for results and not only for the probability of results.

CLM: A Tool to Accelerate the Contract Lifecycle

Stickiness in Tendering (Part 1): What it is and is it a Reality?

Trump’s Blueprint on International Drug Pricing; What to Expect

Fill out the form below and someone will be in touch with you shortly to help you with your request.